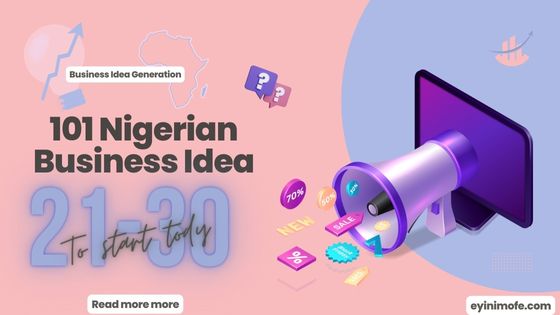 21. Kids are never too young to work

This shows that if you allow your children develop good habits from a very young age, it will be hard to break those habits when they grow up. The bible corroborates this saying ‘Train  up a child in the way that he should go, when he grows, he will not depart from it’.

22. ‘Open’ when your customers shop

Sam made sure Wal-Mart had a realistic opening time. The times were tailored to the way people wanted to shop.

What’s up with all these shops that close the exact time their main customers (the workforce) leave work? No wonder weekend shopping is so hectic… and whats up with 24hrs stores charging customers who come to show after 11pm. ‘Exclusives stores’ we are not impressed.

23. Success, is the best Revenge

To fully understand the weight of the above statement, read lesson 1 ‘reading enough to start’ in the first part of this series. Fast-forward 18 years after that event, Sam was about to open Wal-Mart nos. 18, and would you guess the location? Yep! Newport. In no time after the Newport Wal-Mart store opened, that landlords Son had to close the door of his store. Sam being a true gentleman refused to claim responsibility for their closure but gave all the credit to their customers who voted to close the store by shopping elsewhere.

I completely understand that the landlord made a business decision 18 years before, but so did Sam, 18 years after. Eventually, I believe that customers, and only customers will validate the accuracy of every business decisions a company makes.

Sam gave out many clear advises to smaller retailers/merchants on how to compete with a big retailer like Wal-Mart. Amongst the many things he said, I especially like this one: “have a niche and focus on that niche”

I believe this was honest advise. Honestly it is pretty hard for small merchants to go head to head with Wal-Mart on price. However, I believe that Walmart has width and not depth of products. They can sell some varieties of brand/non brand paints, for example, but they cannot cannot give customers as many paint shade options as a merchant solely dedicated to selling paints would give.  In spite of the above point however, I wander if Sam would have followed his own advise if the reverse was the case.

The second advise Sam gave to small merchants was to “get out unto the shop floor and talk to customers”. Sam had a habit of doing this very thing especially at the beginning of his retailing journey. According to Sam, there are no answers for merchants in their offices. You only find out what a customer did, how much they spent, on paper, but you never know what they could have done, or how much they could have spent, until you speak to them.

This advise has become extremely popular in recent times with business incubators and mentors, and business books, telling and retelling entrepreneurs to ‘get out of the building’ ‘talk to customers and potential customers’ ‘test! test! test! the idea’

According to Sam, the Wal-Mart philosophy was to put customers ahead of everything else. They were so crazy about their customers; they even chanted it at the beginning of their Saturday meetings. See one of the chants under Lesson 18 ‘Have a chant’ in the second part of this series.

It is always a good philosophy to treat customers as King. It can be assumed that Customers you make feel special have a higher likelihood of spending their money with you. I used the word ‘higher likelihood’ because very price sensitive customers would most likely pick ‘price’ over ‘quality of ‘service’. Would you return to a cheap restaurant that has very bad customer service?

27. Negotiate for Customer not Company

Wal-Mart had associates called ‘buyers’. Buyers were the individuals who liaised with external suppliers of all Wal-Mart products. During every buyer/supplier negotiation, the buyers negotiated with the understanding that they were not negotiating for Wal-Mart, but for the Customer. According to Sam, “Customers deserve the best price the buyer can get”.

Imagine if many more companies thought this way, especially those in the food and beverage industry? The world would be a better place. The fairly recent drama with Chocolate Royal might never have happened.

According to Sam, a business owner has to think like a customer. Business owners usually think of the bigger picture, how to cut costs, and so on. However, a customer is thinks small, for example: ‘why was that heavy family sized box of Ariel placed on the last shelve which is hard to reach’

I got a thought while writing this section, and it is this “Act like a CEO and think like a Customer” pretty neat title for a book right? Thank you! Thank you very much J. (*In an Elvis accent)

According to Sam a retailer has to has to pay great attention to very little details that might seem irrelevant. Details such as how high a product display is, and creating the perfect atmosphere for a customer as they walk into the store.

It takes great patience and passion to be dedicated to perfecting little details in a discount store. If your customers are truly king, your service to them will be different.

30.  You don’t have to reinvent the wheel

Sam was well known for looking at what everybody else did, taking the best out of it and making it better.

If imitation is the best form of flattery, what is it called if ‘the imitator’ does it better than the innovator? I believe it is simply sustaining innovation and instead of worrying about ‘Who’ is copying your idea, you need to be more concerned with building upon your original idea and constantly making it better.

Feel free to leave comments below stating the lessons that most connects to you and why. Lesson 26, 27, 28, and 29 actually connect to me the most. Everyday I realize that I am very customer centric in my thinking.  This is definitely my espoused theory, I can only hope it is my theory in use as well. What about you, which ones connect to you?

Self Made Review: The 10 excuses Madam C.J. Walter didn’t let hold her back